The Road Begins….
The emergent mural The Marian Way is Phase One of a Words and Landscape project and development of a secular Pilgrimage route, proposed for 2021 by Friends of Our Lady of Tintern. The circular path, which will begin at this point, will be mapped onto parts of a mediaeval Pilgrimage route to and from Tintern Abbey, taking modern day walkers along the arduous Stony Way-the path of sorrows- to Penterry Church, St. Arvans, for rest and contemplation before returning to Tintern Abbey and the statue of our Lady through luscious forested landscape- the path of joys. 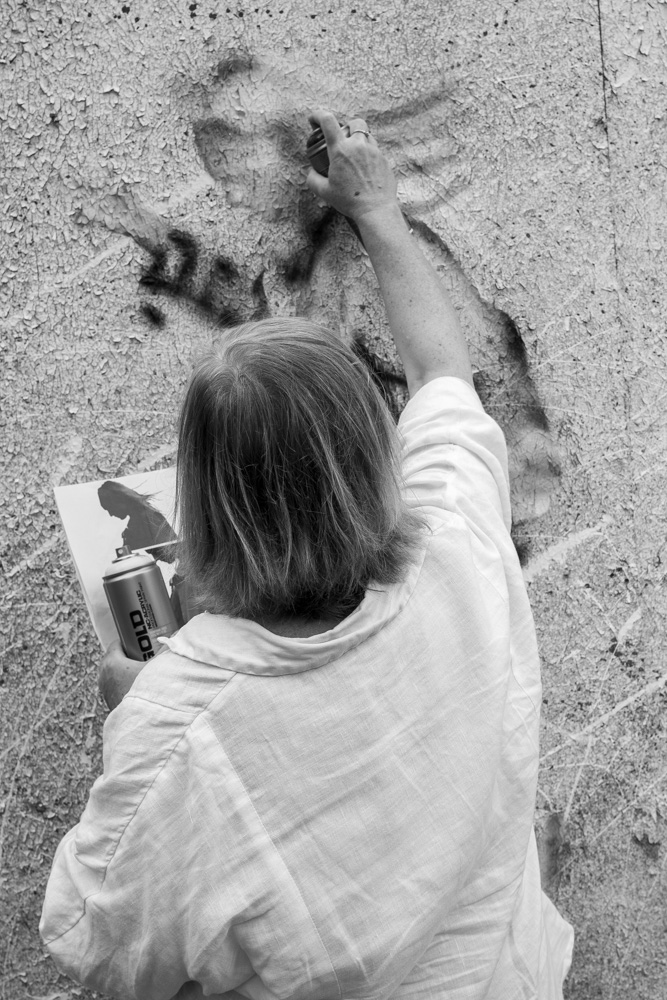 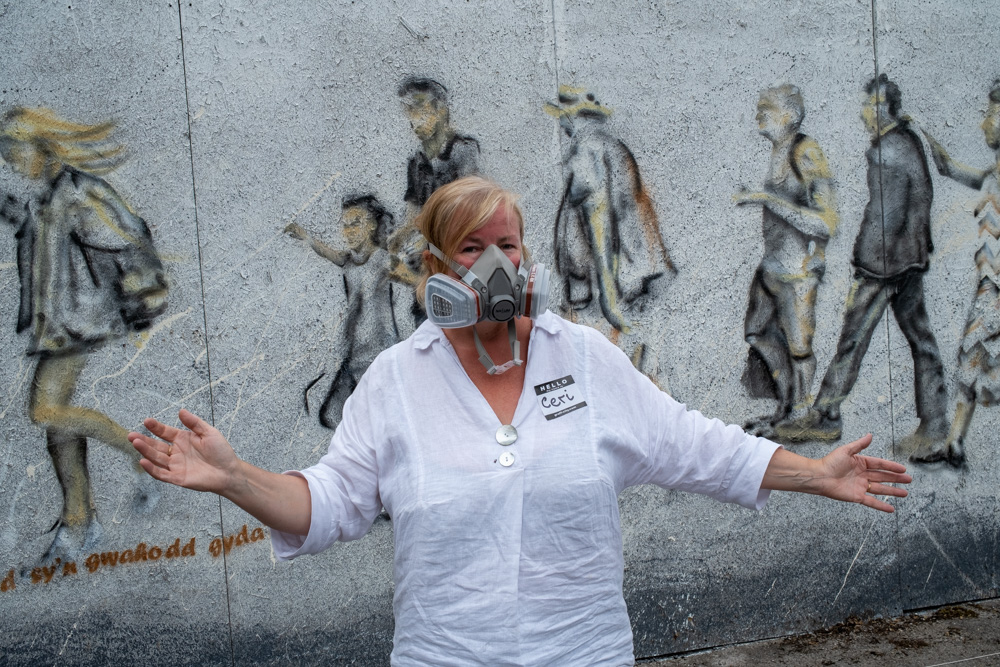 ‹ › ×
The emergent mural by Ceri Lloyd Davies can be found on hoarding surrounding the defunct Abbey Hotel on the main road opposite Tintern Abbey. Click on an image to enter the full-size gallery.
The artist Ceri Lloyd Davies has spent three years in development of the mural’s conception: a band of intergenerational, multi faith ‘pilgrims’ headed by a modern day Marian figure, set against a foil of impressionistic symbols derived from the Vesica Pisces – an almond shape lozenge to be found in the fabric of Tintern Abbey above the West door. For the mediaeval world, the Vesica Pisces, represented the two interlocking worlds or realities of the perfect ‘spiritual’ world of forms and the world of nature. The mural also integrates a poem into its design: ‘The Road Begins’, in Welsh and English commissioned from Welsh poet, author and lyricist Grahame Davies. Ceri says that her art work is influenced by that of internationally acclaimed South African artist William Kentridge, who most recent public art work Triumphs and Laments was a 550 metres frieze along the banks of the River Tiber.

Ceri studied music at Oxford University, won awards for innovative digital content such as Dance Mat Typing during her many years as a producer and Executive Producer at the BBC and is now a multi-disciplinary Artist. She specialises primarily in performance and installation. Works include The Refusal of God, a video installation exploring the theme of filling the spiritual void in our secular society. Participatory projects for the Arts Council of Wales have included The Polytunnel of Our Dreams, a pop-up curry house and an immersive Walk-Through Digestive System shown at Tate Modern.

Grahame has won numerous prizes, including the Wales Book of the Year Award. His most recent musical collaborations include a commission by National Eisteddfod of Wales: words for requiem Mass by Paul Mealor to commemorate the centenary of the death of the poet Hedd Wyn performed at National Eisteddfod, 2017. He is the author of 17 books in Welsh and English, including The Chosen People, a study of the relationship of the Welsh and Jewish peoples and The Dragon and the Crescent, a study of Wales and Islam, as well as a poetry collection Lightning Beneath the Sea.

Phase One of the Words and Landscape Project has been supported by the Sustainable Development Fund, a Welsh Government initiative in the Wye Valley Area of Outstanding Natural Beauty (AONB) and the Welsh Church Fund.
Contact
Vanessa Dodd, email vanessa51@live.co.uk